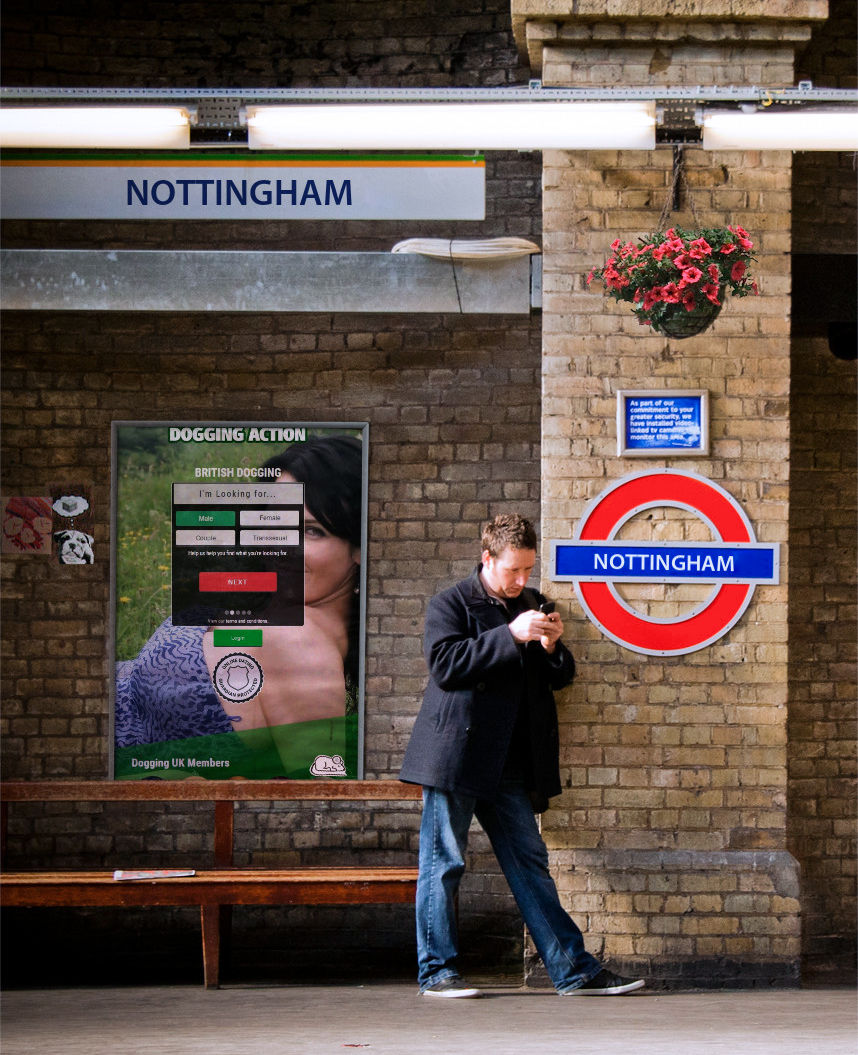 We walked together towards the canal and I asked him where he was going, he showed me the paper and he was doing community service. He was due there at 9am and it was already  8.55am. I felt a bit sorry for him but I also noticed he was 5′ 11″, quite good looking and of course black. I said, “look, let me get my car and I can drive you there in about 5 minutes”, so I went back to the house to get my car, he’d phoned his mum and I think she was having a go at him for being late but he explained that a lady had offered him a lift there. I pulled up next to him in my little red 306 and noticed his eyes on my legs as my stocking tops had been revealed when I sat in the car. “Jump in handsome”, I said.

We got onto the main road, over the bridge and WTF, a long tailback of traffic, there had been a heavy storm overnight and the road under the railway bridge had been flooded so police were only allowing traffic one way at a time and very, very slowly. He said, “it doesn’t look like it’s my lucky day”, I replied, “oh you never know” giving him a knowing smile. Eventually we got there, turning into the industrial estate where the offices were. The left side of the road was businesses and the other side was tree lined with a park. It took almost as long to drive there as it would have to walk. He squinted at the door and said “too late, look, they’ve already left, man I am really screwed now”. I pulled across to the right side of the road, under the shade of a tree, we sat there for a few seconds until I said “so what do you want to do now ?” He said “can you drop me back in the center please ?” Despite having undone my seat belt and revealed even more of my stocking tops, my signals were simply not getting through to the guy. So I decided to take the direct approach and replied “Yes no problem, or we could just stay here and have some fun”. He turned to me with a nervous smile, he was almost speechless, I said “look it’s your lucky day and mine, let’s stop wasting time”. I pushed his seat back, yanked his trackie bottoms down and ….

A LITTLE WHILE LATER…….